Cleantech Commons, a planned research and green technology park at Trent University, is getting $4.8 million in federal funding to set up a technology demonstration space.

The virtual announcement was made Thursday by Women and Gender Equality Minister Maryam Monsef, who is also the rural economic development minister and the MP for Peterborough-Kawartha.

The new business park, which is being developed by Trent in partnership with the city, is to be built on 85 acres along Pioneer Road.

It’s being serviced now by the city, and when it’s built will be expected to attract up to 70 green technology firms and create up to 300 jobs, Monsef said, speaking on camera from her home in Peterborough.

The $4.8 million will be used to establish the Trent Enterprise Centre, a demonstration space in the first building that will be developed in the research park.

Cleantech Commons executive director Martin Yuill said the centre will have offices and a shared laboratory where startup companies can test chemical processes to ensure they will work on a large scale.

He mentioned three companies that are interested in using the TEC: Noblegen (a local firm that produces proteins from algae), Carbonix (a firm from Thunder Bay that uses activated carbon to clean tailing ponds) and PKA SoftTouch (a local firm that makes painless injection devices).

“These are the game-changing companies of tomorrow,” Yuill said.

He later said in a phone interview he’s been working with 25 companies — mostly from outside Ontario — who are interested in locating in the research park.

The process of servicing the land is progressing “exceedingly well,” he said, and he’d ideally like to see a groundbreaking in spring 2021.

“We’re very appreciative of this grant,” said Trent University president Leo Groarke during the funding announcement (he was on camera from his office at Trent).

“What we are building is a new way to live … based on sustainability,” he said.

“The city is very proud to be a partner in this initiative — and has been since day one,” she said.

Peterborough County Deputy Warden Andy Mitchell, who is also the mayor of Selwyn Township, also spoke, saying the new centre will help make the region a leader in green technology.

Green technology is the way of the future, Davis said: “And why can’t Peterborough be a leader there?”

from The Peterborough Examiner https://ift.tt/32S8Dof 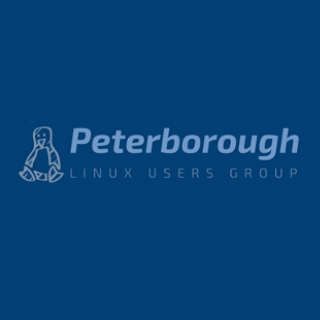 The Peterborough Linux Users Group holds its meetings on the first Tuesday of every month. A Warm Welcome to all Guests The Peterborough Linux Users Group is open to anyone who has an interest in GNU/Linux*. We have over fifty members and meet once a month. We have a mailing list where you can post your questions about Linux. You do not have to be a “techie” or even involved in the IT industry. Please feel welcome to come to our meetings to listen to the talks and discuss Linux with other members.